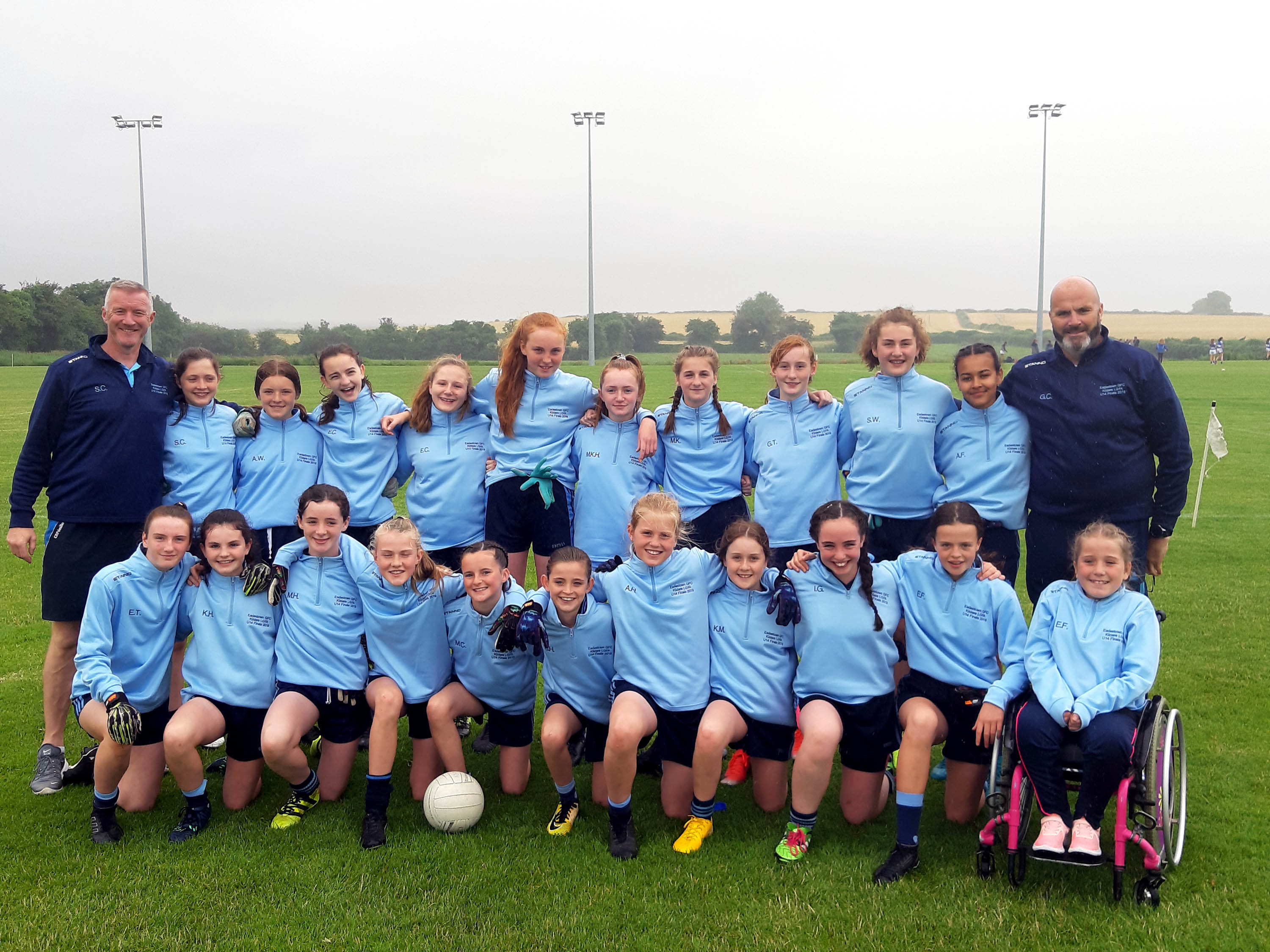 Eadestown U14 girls travelled to Hawkfield to play Rathcoffey in the Division 3 County Final on Saturday 6th July 2019.

They were led out by their captain Eimear Tuohy to play against a team that had beaten them twice already this season but that didn't dishearten them once they got the first point of the game they were not to relinquish the lead again. Each member of this team from 1-24 put in a massive effort and ran themselves into the ground for an Eadestown win.

This was a huge performance and a well deserved win. They should have been out of sight by half time having missed two penalties and three other great chances but they kept plugging away. Even when Rathcoffey came back within four points in the second half our team were asked for more and went down and scored three more goals to see out this great win.

I could name plenty stand out players only ending with the whole team as this game was won by the team.

A proud day for the Eadestown parish saw Grace Clifford as Kildare Senior Captain handing the Division 3 cup over to Eimear Tuohy. A first I'd say.

Eadestown celebrate the Golden Jubilee of their 1970 Se...

Eadestown GFC would like to congratulate our former man...

Ahead of Parents in Sport Week 2019, we’re asking parents...