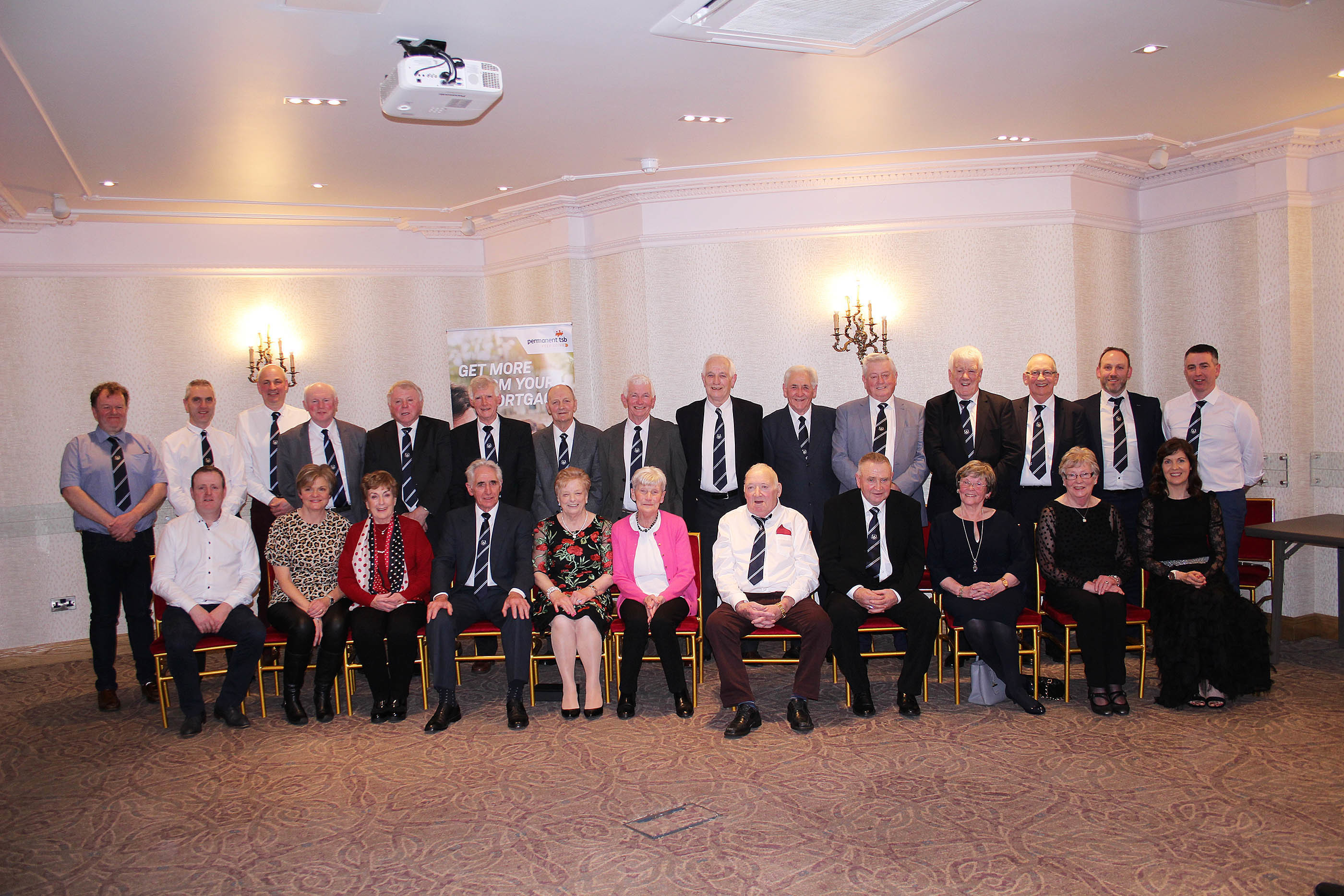 The Eadestown club celebrated in style the Golden Jubilee of winning the Senior Championship in 1970 when they defeated Carbury in the final.

The celebration was held on Friday 24th January in Lawlor’s Hotel and a very large crowd attended. It was an event where old friends got together after many years and shared memories of times past. This win was the first and only Senior Championship victory for the Eadestown Club.

The proceedings were opened after dinner when Chairman John Behan welcomed everyone- both supporters .He paid his respects to those who were deceased on the 1970 team and welcomed their representatives. He praised all those both on the field of play that year and those past officials who kept the Club going in good and bad times. He gave a brief summary of the facilities or lack of them in Eadestown in 1970 and how the Club has progressed since that time.

Pat Mangan who played on the Carbury team that year then spoke about his memories of that day in September 1970. Pat played for many years with the Kildare Senior team and won many Senior Championships with Carbury. He said Eadestown were the better team on the day and deserved to win and should have won easier. He said there was a huge crowd at the game in St Conleths Park and in this era championship was knock out with no back door and when you lost a championship game you were knocked out. This was a better system. He said Eadestown has provided many great players to the Kildare Senior team over the years naming many of them and he was surprised Eadestown had not won more senior championships.

Next up was the Captain of the 1970 team Noel Grainger. Noel was in Hospital in recent weeks and to huge applause he again welcomed all those present and said how proud he was to be captain of this great team. Everyone was delighted that Noel was able to attend and he then made a short and typical witty address.

John Behan then did a short profile of each player on the panel and the selectors (with a special mention for the late Jack Harold RIP) as they received their specially inscribed plaques to commemorate this very special occasion from Club Secretary Willie Casey. One of the note worthy themes of the night was the great family traditions in the Eadestown Club with many of the 1970 players having children and indeed grandchildren togging out for the Club in the past and currently. A group photo was taken of the players and the representatives of the deceased players and selectors which will be treasured for many years to come. The celebrations were enjoyed by all and everyone is looking forward to the next championship win.

Special thanks to Permanent TSB, Naas for their sponsorship on the night.

For the full album please go to http://www.eadestowngaa.ie/photos

*Important Update* - As per the email we received from G...

Special thanks to Permanent TSB Naas who kindly sponsored...

Eadestown GFC would like to congratulate our former man...